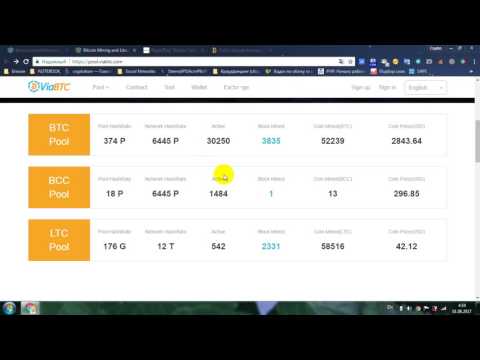 Why is the RandomX algorithm being hyped to the moon?

TL;DR: don't assume the average return from mining RandomX will be higher than the current CryptonightR algorithm. Hold back your excitement for now.
I think we all need to bring something to our attention. Over the last month, there have been so many topics and comments here on MoneroMining about the new 'RandomX' algorithm. This algorithm is supposed to be launched a couple of months from now.
There are many questions like "is this a good hashrate for my CPU"? "What's your power usage on RandomX"? "How can I tune my CPU for RandomX"? "How would the algorithm perform on this hardware"? I think these are great constructive comments that are at the heart of what miners stand for. We miners love optimizing our rigs and educating ourselves on technological trends.
But I've noticed many questions such as "what parts should I buy for a RandomX mining rig"? "Is an AMD Ryzen 9 3900x a good investment"? "What parts will give me the most profit when RandomX launches"? Many of these questions are asked with very little research.
I think there's a gold fever brewing behind some of these comments. The kind of motives that have bankrupted many miners in the past bubbles.
As we have seen in 2014 and 2018, anybody who enters the crypto industry with an 'I want easy profit' attitude almost always goes bankrupt. They buy coins or hardware at the peak of the bubble. Sometimes they get lucky and sell their coins or rigs right before the crash (only to get burned in a future bubble later). But most of the time, these new users lose most of their investment.
As a veteran miner, a lot of alarm bells ring in my head when I read these kinds of RandomX hype posts.
I have no reason to think CPU mining will be more profitable on RandomX than on the current CryptonightR.
In the GPU mining community, I have the feeling that there's a lot of resentment over the 2018 crypto recession and the whole 'ASIC miner invasion'. I think people here are feeling burned over their losses last year and the evil ASIC takeover, and want an opportunity for the little guy to start mining again. So we're falsely seeing the RandomX ray of hope as a floodlight, and getting overexcited.
And in general, the ordinary person cannot make a significant, steady profit in the crypto mining industry. The guy who wrote that thread is very rich and even 100 GTX 1080 Ti's cost nothing to him. The reason he became wealthy is because he avoided get-rich-quick gimmicks back in the day (like the dotcom sites) and focused on learning technology for the future. Mining will not make you rich, and especially not RandomX coin tossing.
If you love RandomX, build your rig now, keep benchmarking and undervolting and have fun at it. But if you just want profit, wait until RandomX is up and running. And consider all the risks involved with a new algorithm and commercial mining in general.
So I hope we can all reconsider whether we're excited about RandomX for the right reasons. Let's try to avoid jumping to conclusions about profitability and hold off on the Newegg 'checkout' button. Even though 12 cores at 70 watts sounds awesome. Happy mining!

Clearing up some confusion about cryptocurrencies, mining and when prices will go down.

There has been a lot of arguments for or against ASICs. I've became convinced that they are a bad thing for a few different reasons. The one I want to talk about here though is the multipool "problem".
Changing proof of work algorithms will never prevent multipools from mining DOGE. However, I feel like ASICs favor multipools. If you want to predict the future, look at bitcoin. Bitcoin is basically impossible to mine now without huge investments in large scale ASICs. This usually requires external investment and huge amounts of risk. Because of this, the people with these huge ASIC farms owning more than 99% of the network are much more likely to cash out as soon as possible.
Multipools especially favor ASICs because it's a chance for them to make more money in the short term, which is all their concerned about.
If you look at dedicated DOGE miners a month or so ago, you didn't see huge investments. Maybe $10,000 or so from the crazier miners. Most miners had a modest stack of $300 GPUs.
Now that ASICs are coming out though, we're seeing the equivalent of 22GHash/s from one miner. That's the equivalent of 24,444 R9 290s, a $500 card. So that's about $12,222,000 worth of hashing power without ASICs, not counting motherboards and power supplies and other infrastructure. On going costs for that amount of GPUs would also be ridiculous, with each card using 300W, that'd be over $17,000 a day in power. Not to mention maintance and space to put that many cards.
Now, let's look at ASICs. There are some ASICs shipping soon costing $20,000 that deliver 250MHash/s @ 3200W.. That's only 88 of these fairly small, but expensive, boxes to get that 22GHash/s hashrate. The ongoing costs are a much more reasonable $700/day or so.
At this kind of rate, people could invest $1M and have a quarter of our current hashing power. When people invest, they expect a return on investment. So, they expect money as soon as possible to break even and to make back money for their risk. No one with $1M in risk is going to want to hold the DOGE to see if it goes up or because they think it's a good currency. They're going to cash out as soon as possible.
There are small ASICs as well, but these usually start at around $300. There will probably eventually be even smaller ASICs starting at $60, like how it use to be with bitcoin. But those small ASICs became unsustainable. By having larger scale the big and expensive ASICs could make the small ones not even make back the tiny amount of power they draw. This means if you want to try out mining the coin, you start out mining at a loss. No one will invest even a small amount in mining at this final point. This is where bitcoin is. No one but the huge players mine bitcoin because it's completely unprofitable without a huge intial investment.
So, I ramble to come back to this: These bigger players usually have investors to satisfy and investors aren't going to want their money to be anywhere but in their hand if they can help it. Where as most small miners think it's neat to hold 100K or 1M of DOGE, because they are mining not just to make some profit, but because they believe in the currency. They aren't going to immediately cashout because they know the currency will rise or wish to speculate.
This is why I think ASICs actually ARE bringing the price down and a bad thing for the DOGE economy.

As of Friday, July 17, 2020, it would take 1,231.8 days to mine 1 Bitcoin at the current Bitcoin difficulty level along with the mining hashrate and block reward; a Bitcoin mining hashrate of 112.00 TH/s consuming 3,472.00 watts of power at $0.10 per kWh, and a block reward of 6.25 BTC. bitcoin value,bitcoin price chart,bitcoin price today,bitcoin cash,bitcoin price usd,bitcoin to usd,btc to usd,bitcoin news,btc price,what is bitcoin,bitcoin converter,bitcoin today,bitcoin euro,bitcoin cost,bitcoin investment,bitcoin explained,bitcoin usd,bitcoin to euro,bitcoin chart,bitcoin calculator,bitcoin rate,bitcoin graph,buy bitcoin with credit card,bitcoin mining calculator,btc Yes, indeed. If you remember, the AMD Radeon R9 280X GPUs suffered from the same kind of hashrate drop past year. Looks like the RX 400 / RX 500 are next in the list. Now, the newer and more powerful cards such as Nvidia Pascal GPUs, as well as the R9 290(x) , / R9 390(x) that feature more video memory (6GB/8GB+) wont be significantly affected. Bitcoin Network Hashrate Chart and Graph. Hash rate.Details: Bitcoin Gold, Zhash, 74 Mh/s; Mining Bitcoin Gold with the GTX 1050 TI:. GPU Graphics In Bitcoin, transactions form a one-way linked list that allows tracing pre- vious accounts depends on luck and hardware, but, with a GPU, an acceptable pool hash is found every You should check out the second article for a host of details on that I The higher the hashrate of the entire Bitcoin network, the more machines there are in total and the more difficult it is to mine Bitcoin. Another way of looking at it, is that hashrate is a measure of how healthy the Bitcoin network is. It’s good for Bitcoin if the overall hashrate is high, because it makes the network more secure.

Competing with million dollar Bitcoin mining operations from your residential basement will be very difficult, the Bitcoin network hashrate and difficulty are also outpacing the current Bitcoin ... A short introduction to how Bitcoin Works. Want more? Check out my new in-depth course on the latest in Bitcoin, Blockchain, and a survey of the most exciting projects coming out (Ethereum, etc ... Bitcoin.com: "Due to significant demand from our users, the Bitcoin.com Pool will give mining customers the option of supporting the Bitcoin Cash chain (BCC) with their hashrate, but otherwise ... We will review the current Bitcoin mining profitability, network difficulty and hashrate, and illustrate the difference in passive income/mining revenue from mining Bitcoin in their house and how ... #gpumining #hiveos #hashrate GPU Mining Rig update on the HiveOS computers. Hashrates are better than when I was on Windows Still losing money after paying e...